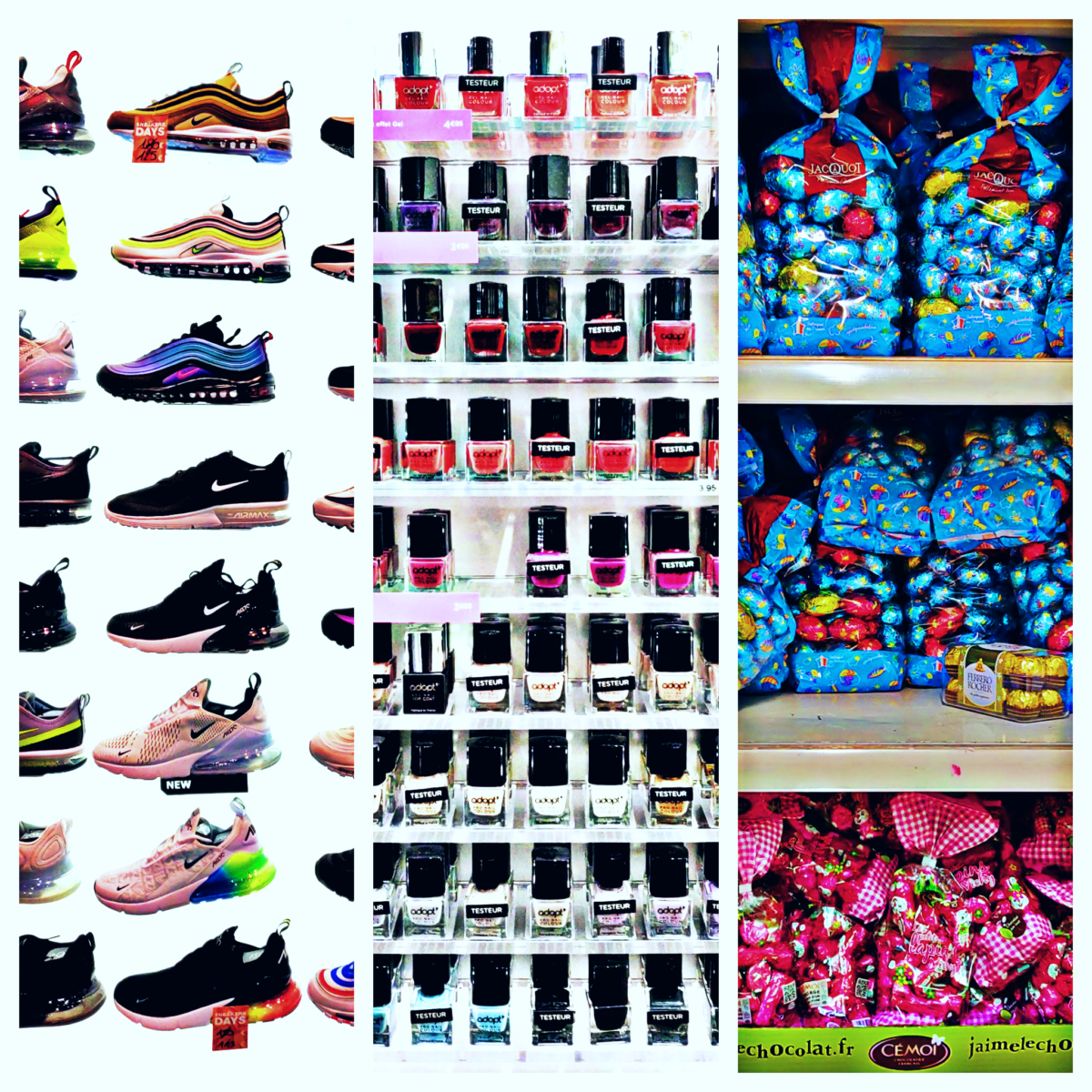 Wandering in the city

Wandering in the city

Those pictures were taken in the middle of a walk in the city. These clearly show that from footwear to cosmetics to the most natural attraction humans have, food, the excess, hubris if you want to push it, is what characterizes the consumerist society. On the one hand, it shows the lack of responsibility in individual consumption as in the run for the new trend as well as it is considered as a sign of wealth and even development. On the other hand, those pictures raise a real sustainability issue in terms of production : for most of the products depicted, we know that terrible work conditions – going to child slavery in some cases, are methods put to use to get to the mass production and fit the consumerist society.

The material excesses to which we are pushed in our society is what I chose to show is this contest with the help of my boyfriend who is as concerned as I am in those matters. In the picture, one can clearly distinguish different means of consumption that appeal to all genders and ages. What we wanted to emphasize here is the superficiality and hubris in the ranges and products on the shelves. As a couple, we try to be responsible consumption-wise, which is the reason why the pictures were taken very spontaneously.