Gender Inequality Storytelling Through Photography and the Role of Brands 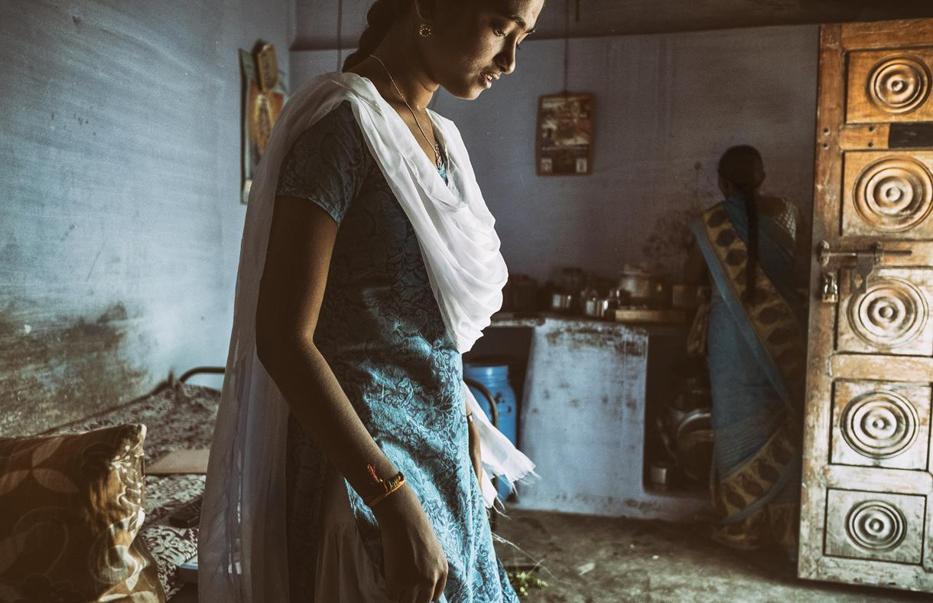 Stefano Stranges is a photographer from Turin who was born in 1978. In 2012, he attended the master class of the Magnum agency focused on reportage photography with particular interest in social projects.
In one of his exhibitions called “Le bambine salvate,” Stranges was able to help raise awareness of the gender inequality problem in India by showing the lives of Indian girls. Some of the problems he shed light on included violence against women, forced marriages, rape, and general discrimination. Stranges has visited the villages where most of them come from and portrayed intimate, dramatic, and unexpectedly joyful moments.

“My projects and my work start with the social and sociological approach and are determined by the empathy between my subject and me.”

His photos are not posed. On the contrary, he portrays the typical day of an Indian girl at her house. In all of them you see young teenagers taking care of two or three children in their homes while their husbands are not around. They all share the same dream: to become successful independent working women.

If a fourth child is a female, a popular superstition regards it as a sign of misfortune: Indhumati, born after a male and two females, would have been sacrificed if Terre des Hommes had not intervened. She today is 19 years old and studies computer science. She wants to become a teacher and devote herself to the children of less well-off families. She is very proud of her personal story. “The infamy of killing little girls must never be repeated,” she says.

Karthiga, an 18-year-old girl and child of four, had another destiny: she got married with the boy next door and for this she had to interrupt her studies. Her day is divided between the child, the domestic tasks, and the calf to be cared for, all under the supervision of her mother-in-law.

Harini, last of three sisters, lives with her parents in two rooms without windows built on the back of her father’s barber shop. Her passion for the studio transformed the house walls into sheets for notes. She studied civil engineering and dreamed of becoming governor of the Salem District. “God blessed us when he changed our mind and did not allow us to kill her as soon as she was born,” says her mother, who works for Terre des Hommes today.

This dream for an Indian girl is very challenging to obtain; and for Stranges, it was not an easy task to describe.

Two of my students from Università Cattolica had the opportunity to see “Le bambine salvate” exhibition on the field trip study during my course. One is from Germany, the other from Ecuador: two completely different countries and realities. Coming from diverse backgrounds made them perceive the exhibition in different ways and awakened different feelings.

Constanze (German) said, “For me it was sad to see how gender inequality is still so strong and inclement in some corners of the world that it can even get to the point to kill little girls just to avoid paying for their education and life. However, when I saw the picture of the founder and director of Terre des Hommes Core, I felt a glimpse of hope for the Indian women. I knew that just the fact that one organization was already stepping up for women and their cause is already a good sign and way of getting to a better world. Coming from Germany where there are many independent and successful working women, it is really shocking to see these. I remember I was walking one day into a kindergarten to pick up one of my nieces and was surprised of the important number of fathers picking up the kids. I thought I was going to see more mothers, but this was not the case. I think people from India deserve to achieve this equity standard that Germany enjoys nowadays. In Germany women and men are almost equal. There are a lot of women who are responsible for their own works, families, and houses, just as men in India.”

Isabel replied “For me, coming from Ecuador, the images of Stranges were realities I see everyday when walking around my city. The exhibition reminded me of the town where I go to the beach. Once, on a Saturday morning, I went to a bakery and there were only women working in the neighborhood. I found this weird and then I heard they were all complaining about how lazy their husbands were. I think gender inequality in Ecuador is different than in India, but it is still present. In this small-town, men take advantage of women in every way. They go out to party and get very drunk. As a consequence the following day they cannot work, and their wives must take care of their houses, children, the mess from last night, and even their work responsibilities. They think they are the rulers and because of this their wives must do all they asked them to. This is very wrong, because responsibilities should be divided equally. It should be as in Germany, where both women and men work, clean, and pick up children from school. A place where men also do laundry and go grocery shopping.”

After discussing our different points of views, students mentioned the United Colors of Benetton campaign called #Unitedbyhalf that is committed to fighting gender inequality around the world, especially in Indian. It is a gender equality campaign that shows the many capabilities of Indian women and how they are the other half of the country. This means that not only the half of the country made up by men is able to achieve wonderful things, but women, the other half, are also capable of achieving highly.

They also mentioned Ariel’s #sharetheload campaign about men sharing the laundry load with women. These two big brands are notable examples of gender equality promotions. Also, they incentive oppressed women to fight for themselves and their rights and give hope of a better and more equal world.

While listening to their discussion, I thought both Ariel and Benetton are examples of ‘Purposewashing.’ I do prefer brands like Patagonia against Benetton because of its purpose (and I’m not alone), which is not just a matter of cause related marketing: Patagonia really does believe in what it does, because the company was born with it in its DNA. But at the same time I think we need to distinguish marketing/communication strategies and business strategies/processes.

I have then shared with all my students this question: Considering communication as a persuasive tool, what should brands do? Should they try more efficient ways to sell their products (even with AI, etc.) or could they also create debate on social issues (eg. Dove, Ariel, etc.)? In other words, should brands create more meaningful ads (like Persil “Free the Kids”) even while they still have horrible impacts on the environment (with plastic waste, water consumption, etc.)?