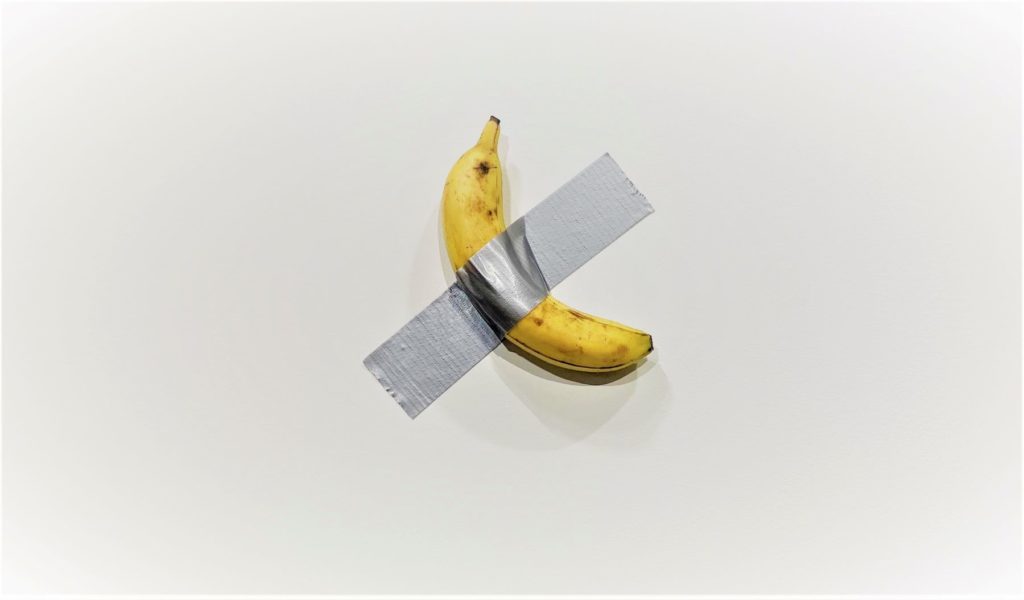 In 2018 Chiquita Brands International partnered with Shazam (Apple), to promote the company’s sustainability efforts: by scanning the code on the blue Chiquita logo, customers were able to unlock 360° videos to follow the journey of their banana from Chiquita farms in Latin America to their kitchen tables.

“At Chiquita we are keen to open up doors in our industry,” said Jamie Postell, Director of Sales North America for Chiquita. “We truly believe that leading the industry obliges us to invite consumers and retailers to better understand and see the actions we are taking to produce, ship and provide the best possible fruit.”

In 2010, bananas were ranked third on the list of crops in the world after wheat and coffee, making them critical for economic and global food stability. Chiquita, Dole, and DelMonte, known as “the big three,” control 60 percent of the global banana trade.

Since 1997 Chiquita has been repeatedly accused of mistreating the workers on its Central American plantations, polluting the environment, allowing cocaine to be brought to the United States on its ships, bribing foreign officials, evading foreign nations’ laws on land ownership, forcibly preventing its workers from unionizing.

The company has always denied all the allegations, but in 2007 Chiquita Brands International pleaded guilty to making payments to a designated terrorist organization and agreed to pay $25 million fine.

In 2020, Chiquita’s is still struggling with the adverse situation of the company’s dealings with terrorists. On April 2020 the nonprofit EarthRights International organisation joined other class actions filing  a lawsuit against Chiquita Brands International on behalf of more than 200 Colombians, who were supposedly tortured or had family members killed by paramilitaries.

In February 2020 Chiquita  launched its new Sustainability Report, underlining the company’s long-term engagement to ensure sustainability. Chiquita’s report focuses on the company’s main vehicle for sustainability, its ‘Behind the Blue Sticker’ approach, which, embedded in all operations, also embraces partnerships with key organizations, like The Rainforest Alliance, whose certification of Chiquita’s farms started over 20 years ago, in 1994

On the 50° anniversary of  Earth Day the director of Water and Sanitation Health sued Rainforest Alliance as the “Rainforest Alliance certified” sticker allegedly  conveys a message of environmental and social responsibility, while – in the organisation opinion-  that message runs counter to the on-the-ground reality at the certified farms.

It’s hard to see the truth behind all these litigations, certainly the reality behind a sticker, no matter if augmented or virtual, should stay true.

Nespresso partnered with photographer Rena Effendi from the National Geographic, who filmed and photographed farmers and their communities over several months. Entitled ‘Beyond the Bean’, this content was then brought to life in exhibitions across Europe and Australia, utilizing Zappar WebAR to let visitors access ‘real’ experience of what Nespresso has been doing with local farmers. Launched in 2003, the Nespresso AAA Sustainable Quality™ Program is a coffee sourcing program, designed and implemented specifically for Nespresso, in collaboration with the Rainforest Alliance

In December of 2019, Reuters reported that armed police and labor inspectors raided two large coffee plantations in Brazil to free people working as slaves to grow coofee still certified slavery-free and “sold at a premium to major brands like Starbucks and Nespresso.”

Child slavery has also been found at six Guatemalan farms that believed to supply Nespresso with coffee. Channel 4 Dispatches filmed children working eight hours a day, six days a week, making poverty wages. As soon as the revelations in Guatemala were made, Nespresso’s star George Clooney stated:  “Clearly this board and this company still have work to do. And that work will be done.”

Again, while companies are dealing with the side-effect effect of their operations on the public opinion, everything should be done to ensure advertising or content partnership are not conceived as merely greenwashing.

I'm a journalist with keen a vision of markets and new trends and 20+ years of experience in Communication. Founding a 'for benefit' start-up changed my professional (and personal) life forever. I used to work in marketing depts and realized the better I did at work, the worst I impacted on people and planet. I then considered Marketing a 'weapon' that could be used for the benefit of all humans (Cialdini was extremely useful at that time ;-)). I quit my well-paid job as director and started an innovative start-up willing to let people know better if brands walk the talk. Everybody could search and investigate on the web but nobody does! as it's boring and time spending. What if WE could do it for you?! This is how BeIntelligent was born! View all posts by elena grinta