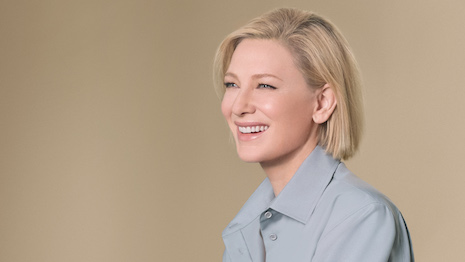 In 2018 Pomellato has significantly accelerated its brand recognition with the expansion of both its digital and product activities. As part of its digital approach, the brand sought greater visibility with its main fashion-oriented target market and expanded its visibility among millennials.

Pomellato’s stated objective is “to speak to women in a transversal way, different women, by age, cultural background, geographic origin, but all similar in the desire to manifest their talent and their strong identity.”

How Jewelry Is Bringing Women Together

#PomellatoForWomen is a campaign launched in 2017 to celebrate the brand’s 50th anniversary. It’s a project created in collaboration with the Armando Testa agency that is structured in episodes with characters. The protagonists of the campaign are “talented women, aware and in harmony with themselves, far from predetermined aesthetic standards, different in cultural and geographical origin, but united in the affirmation of their personality,” explains the maison.

A different choice compared to 2018 when Pomellato has chosen the Italian blogger, designer, and entrepreneur Chiara Ferragni as the face of the #PomellatoForWomen campaign, which was a fashionable choice but not a deep one, in our opinion.

An emblem of the self-made woman, Ferragni has plenty of ‘marketing options’ to offer the campaign––she’s one of the most influential women in the social world and she was the first who figured out how to transform her image into a multimillion-dollar company––but she’s never expressed herself on burning social or political issues.

On International Women’s Day 2018, the maison launched “Looking Back, Striding Forward. How Women Are Paving the Road to Equality,” a “paid for and posted by” campaign created in collaboration with The New York Times, which won the Best Native Advertising Strategy in 2018 Native Advertising Awards.

The value placed on name recognition makes sense considering the target demographic. According to the case study of #PomellatoForWomen Pomellato released in The New York Times, T Brand Studio geared the campaign toward women aged 25-49 “who are highly educated, urban, independent and stylish, with an interest in design, art, fashion, luxury, travel and lifestyle.”

But still, considering the campaign positioned itself in one of the largest and most exposed “truth seeker” newspapers to guarantee quality and credibility, a different, more incisive message could have been launched to raise some questions about feminism and intersectionality.

In fact, most of the women featured there don’t have a history of activism to demonstrate their convictions. There’s Jane Fonda, who’s been a front-lines activist for much of her career; and then there are Rosemary Ferguson, who shares recipes to help her followers healthy meals to prepare, and Pihla Hintikka, who published a feminist pregnancy guide. The others are largely known for their business ingenuity or their influence on social media or the art world.

In 2019 the company released a video opening on Jane Fonda lamenting how “God granted the gift of intelligence to the wrong species” but that humanity, despite its flaws, is still capable of “spiritually evolv[ing] upward.” Inclusivity is the ad’s clear aim, as people of different sizes, skin tones, ages, nationalities and languages, and genders are featured and given the opportunity to speak. Some viewers may find the ad corny, but Pomellato follows through with the video’s claim that “[u]ntil we are all included, we are all excluded.”

Some of the people featured have interesting backgrounds, such as Zhang Jun Ning, who is a climate ambassador for WildAid and Emma Weymouth, who is the first black marquise in British history, but the 2019 campaign seems to value people largely for their influence capacity rather than their commitment to social and environmental issues.

With the 2020 campaign Pomellato made great strides since 2017, but still there is space for improvement. The project, in fact, while certainly having emotional impact by including prominent, affordable ambassadors and well-crafted narration, continues to focus on people who have celebrity rather than people who have recognition on embracing the power of diversity.

Why choose between influence and activism? There’s a wide variety of social media influencers to choose from who use their platforms to advocate for social change, such as Mari Malek, Bea Johnson, or Jess Quinn. Why not choose someone like that? It would not only make the overarching message more genuine, but it would also help to raise awareness of other issues and make people to think about feminist causes more critically.