Does Technology make us more alone? 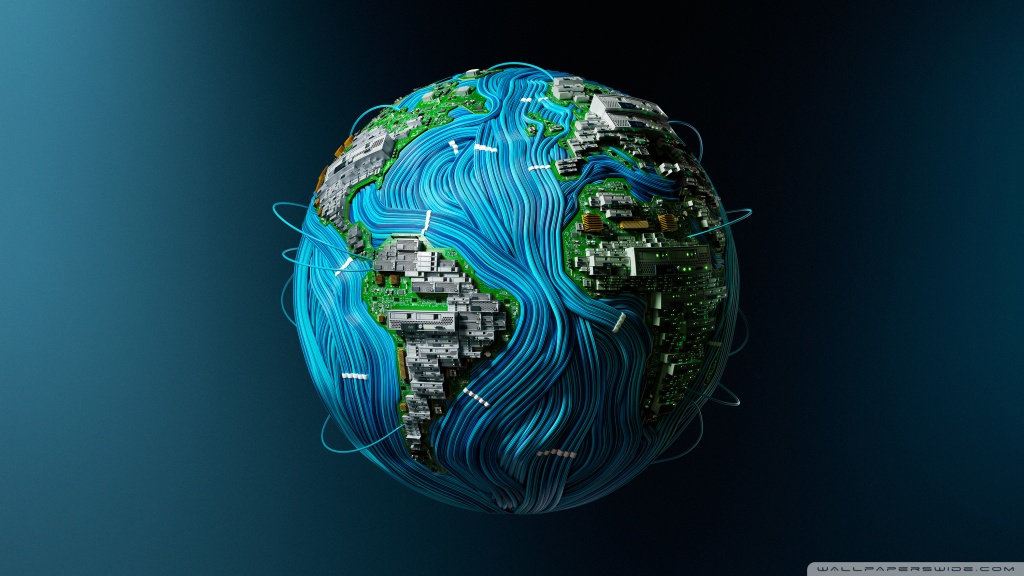 Thanks to the enormous marketing efforts put in place, the technology sector is desperately trying to create unconditional trust in consumers, and in times like this, under the siege of COVID-19, everything we do is exclusively online. However we should never forget the impact that this industry has on our Lives, those of any Human on Earth, and on our Planet.

Is Our Technology Green?

Overall, the Internet’s carbon emissions are estimated to be equal to those of the aviation industry, which emits around 1 billion tons of greenhouse gases per year. If Internet was a country it would be the sixth largest polluter in the world. Companies are aware of their environmental impact. In 2017, Netflix promised to use as little electricity as possible, use renewable energy for owned structures, and encourage renewable energies or compensate for non-renewable energy for uncontrolled facilities. Have they kept their promise? In 2019 their energy consumption increased by 84%.

Energy consumption is not the only problem. The average smartphone  can contain over 60 different types of metals, extracted in various corners of the world, as well as plastics and ceramics that become waste to be disposed of with each new mobile phone purchased. The world currently accumulates electronic waste at a rate of 50 million tons every year. Phone manufacturers, including Apple and Samsung, are guilty of programmed obsolescence; the practice involves designing a product that will become dated or useless within a given time frame, typically two years. Such behavior has been condemned all over the world, the latest being Apple, hit with $27 million fine for slowing down French iPhones

The damage is not only against consumers (and their wallets) it is also against the environment: utilizing all existing devices one additional year would be equivalent to removing 2 million cars from the streets.

The problem is so serious that the European Commission will introduce new laws to guarantee that new products placed on the EU market are repairable, recyclable, and designed to last longer than our current devices.

Do technology companies protect their workers along the entire supply chain?

Foxconn, in the limelight in newspapers for having converted their production line to make surgical masks, is the largest supplier of electronic components. Partners of Foxconn include many of the world’s largest IT brands, such as Apple, Microsoft, Amazon, Google, HP, Dell, and Huawei. The Taiwanese contractor employs 900,000 people worldwide, about half of whom are in Shenzhen, China (known as Foxconn City). The company has been the subject of numerous workers’ rights scandals over frequent abuse of apprenticeship contracts, and suicides in its factories.

Cases of abuse are frequent among technology manufacturers. Samsung has been involved in a death scandal due to the use of dangerous chemicals that caused cancer to young people under 30 in South Korea. Amazon is known for the inhuman working conditions faced by employees. The RDR 2019 index classifies some tech companies based on  35 indicators in three categories  assessing their impact on freedom of expression and privacy. Apple and Samsung rate below average.

Microsoft, which leads the RDR ranking, however, allows its suppliers to exploit workers in “996” mode, employing them from 9 a.m. to 9 p.m., 6 days a week. The law in China limits weekly working hours to forty, although Microsoft workers work seventy-two hours, almost double.

Is technology shaping our mind?

Like alcohol, drugs, or gambling, studies have shown that using online messaging, playing video games, or binge-watching steaming services, stimulates the dopamine cycle  telling us that we have done something good and we should repeat it. In 2019, Jeffrey D. Sachs, director at Columbia University, identified American society as a “mass-addiction society”. The “epidemic” results in about half of the American population suffering from an addiction, including screen addiction. Technology addiction is a serious   health problem   in several Asian countries, including China and South Korea. Teenagers  and children are a sensitive target yet parents use online technology to entertain and educate their little ones (remember the previously mentioned Mashable video made for Amazon?).

I could list in detail other forms of interpolation in our lives by technology; starting from the abuse of privacy, censorship and the spread of fake news. Or the situation of alleged monopoly that impact the freedom of choice and prices of goods, requiring more stringent regulation. Moreover, I could claim  tax evasion and havens, which take away huge resources from the countries where they operate. I will limit myself to saying that perhaps technology is not as human as the industry would have us believe.

Is there a solution?

The consumer is attracted by the sparkle of new technological products. But let’s just consider them as such, mirrors for larks. Telephones and many technological devices, in general, can be repaired not replaced. If we overcome the obstacle of self-representation to which advertising would like to force us, we would discover that with small figures, everything can be as good as new. Repair cafes are spreading globally. Patagonia has made it a service to repair its products. Other brands could take it an example.

If you have to purchase a new phone, finding a greener alternative instead of advertised devices is possible. Fairphone is considered more ecological than the Apple iPhone.

And as in all things, the problem is not use, but abuse. Parents, teenagers, institutions should be digitally literate. Today there is still unconsciousness. Technology companies take advantage of consumers. It’s time brands stop pretending to be the world-saving super heroes but instead put people in charge of their own lives and the change that need to happen. (Thomas Kolster, BeIntelligent, April 2020 )

In general, the best advice for us consumers is to get involved and do research. And remember to always check the credibility of an advertisement.